Adam has been Senior Pastor of Calvary Key West since 2003. Before coming to Key West Adam was living in the southern California High desert city of Hesperia.

In 1993 Adam moved to Florida, more specifically… Key West. In 1998 CSN radio came to Key West and at that point he heard the call from the Lord that He wanted a Calvary Chapel here. The process of building relationships with other Calvary Chapel pastors began and in 2011, we will celebrating 9 years of ministery in Key West.

Adam is widely known for his passion for truth, excellence, and accountability in ministry and leadership. Along with these gifts, he is respected and loved for his uncompromising teaching of the Word of God to the Body of Christ. He has been in Key West serving the Lord and His people for 18 years and with the ministry of Calvary Chapel for over 23 years.

Adam & Patti have been married for 17 years and have 4 children; Kati, Mellissa, Mathew & Ben. Patti is and has been one of the greatest encouragements for Adam in ministry and is greatly involved in the children’s ministry, women’s ministry and the worship ministry. 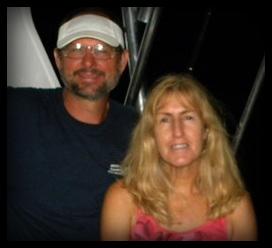